Michael was born and raised in the North East of England, spending most of his childhood in Redcar. As a youth player, he signed with Middlesbrough FC’s famous youth academy and played with the club from the ages of 9 to 17.  He then spent 4 years playing semi-professional in the UK while continuing his education.  While studying for his BSC in Sports Science at Liverpool’s John Moores University, he was recruited to play soccer at Hofstra University.

Michael became one of the key players at Hofstra during a very successful period for the men’s soccer team, compiling 41 goals and 21 assists over his 4-year career. He helped lead the team to their first Colonial Athletic Association Championship and NCAA appearance in 2004.  They went on to repeat this success in 2005 & 2006. At the completion of his Hofstra career, Michael finished second all time in goals, assists, and points. He received many individual accolades, most notably 2nd Team NSCAA All-American (2006) and NSCAA Academic All American (2005,2006). He graduated Hofstra with a BS in Exercise Science and Minor in Community Health. In 2010, Hofstra University retired his jersey number in honor of his achievements.

Michael was drafted by the Kansas City Wizards and eventually signed his first professional contract with the Charleston Battery of the USL.  During his first season, he helped Charleston reach the semi-finals of the US Open Cup. He then moved to the Baltimore Blast and spent a season playing in the Major Indoor Soccer League.  He helped Baltimore win the MISL Championship in 2007, where the supporters of the Blast named him rookie of the year.

In 2008, Michael returned to Long Island to pursue his youth soccer coaching career. He has spent much of his time developing our very own Locust Valley Bayville SC. Starting out with just two travel teams in 2008. In 2012 he created Gold Coast FC, with Michael Cipriano and Peter Hulse.  Michael currently holds an NSCAA Advanced National Diploma and The US Youth Soccer National License. He is the Director of Coaching at Locust Valley Bayville Soccer Club.

Peter Hulse has over 19 years experience coaching soccer in the Tri-State Area. Over the years, Peter has coached every level from U4 Community Soccer Tots Programs to U18s USSF Development Academy and Men’s NCAA College Soccer Programs.

Peter recently left his post as Assistant Coach at the LIU Post Pioneers. In the nine years Peter was with the Soccer Program they were transformed into a National Powerhouse, ranking in the NCAA top 15 in the nation every year after the first season, winning conference and regional titles almost every year.

The Manchester, England native also enjoyed a fine playing career. Peter attended the Manchester United F.C. Centre of Excellence and represented Manchester United Youth Teams for eight years. He was also capped for the England ISFA Under 16 and Under 19 Age Groups. He represented the University of Leeds in England for a year, before transferring to Hofstra University. While at Hofstra, Hulse served as team captain for three years, graduating in 2004 with a BA Degree in English and American Literature. Peter currently NSCAA Advanced National Diploma. 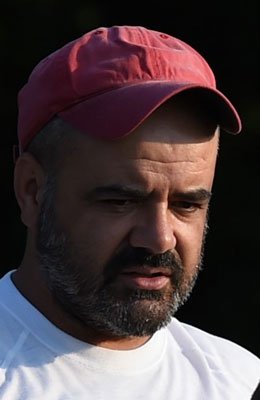 Republic Of Ireland International U15, U17, U19 and Senior

Education – BA in Psychology with a minor in Physical Education, Hofstra University NY.

I have over fourteen years of coaching experience, 7 of those years being in the United States. I graduated Leeds University with a bachelors degree in Sports Science. After graduating I worked in sports development for three years, during that time I managed a group of coaches in a school environment. I also coached at Middlesbrough F.C. Academy. Since moving to the United States I have coached boys and girls of all ages from U4 to Collegiate level. I have worked with New York RedbullsAcademy teams, Long island Rough Riders, and many travel programs and schools in the tristate area.